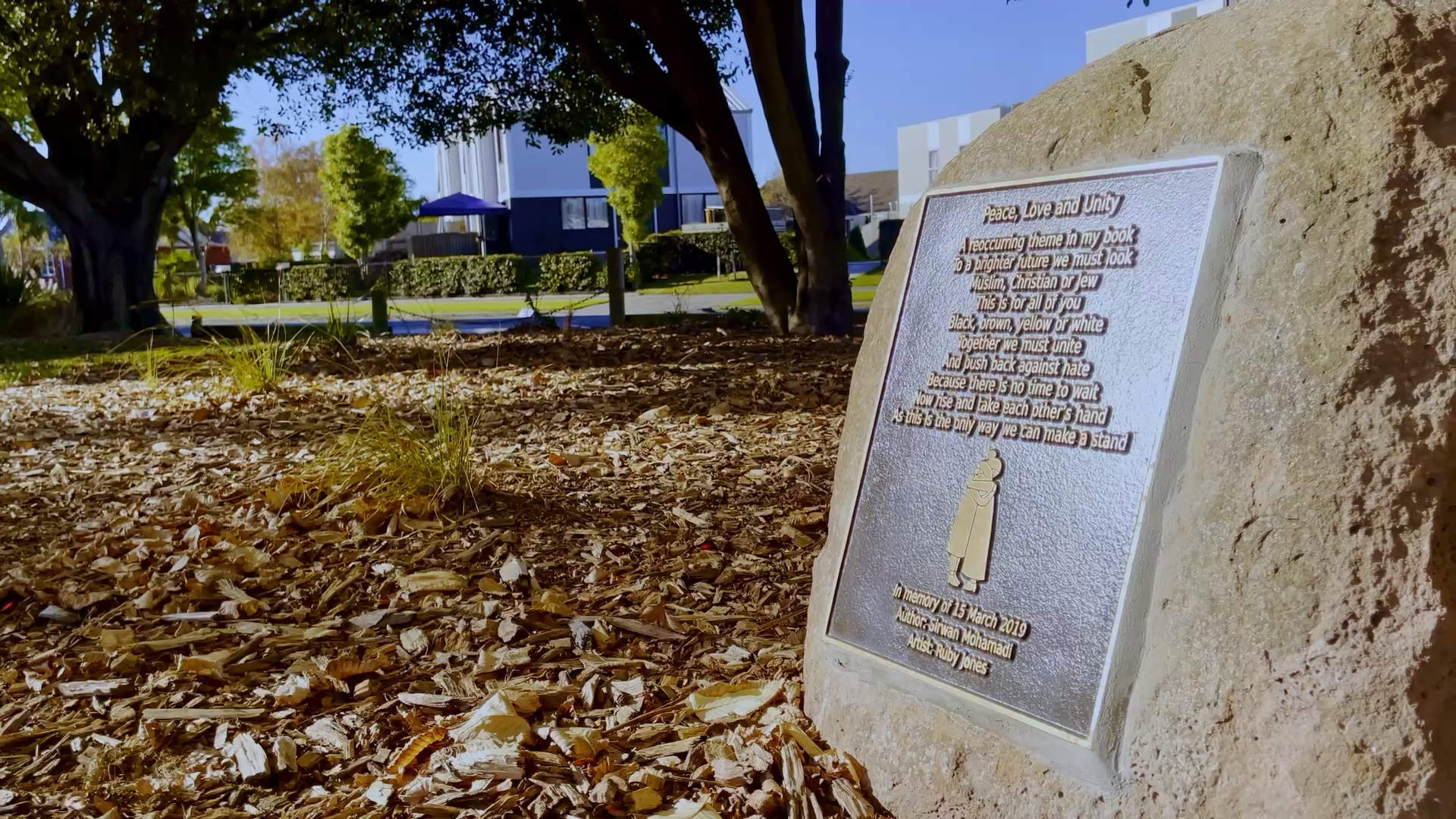 The Christchurch Peace Rock project was a grass roots community-initiated and led project that came about as a response to the Christchurch mosque shooting of March 15, 2019.

The project came about after Sirwan Mohamadi, an Iranian Muslim and local Riccarton resident, wrote a poem as his response to the devastation of March 15. It was a poem calling us to a united future. He thought it would be great if this poem could be placed somewhere in his local community. Sirwan visited the local City Council office and connected with Marie Byrne, the Council’s local community development advisor for the Riccarton area. She suggested that Oak Development Trust, a community-led development trust working in Riccarton, would be the ideal organisation to work with Sirwan to make his idea a reality. 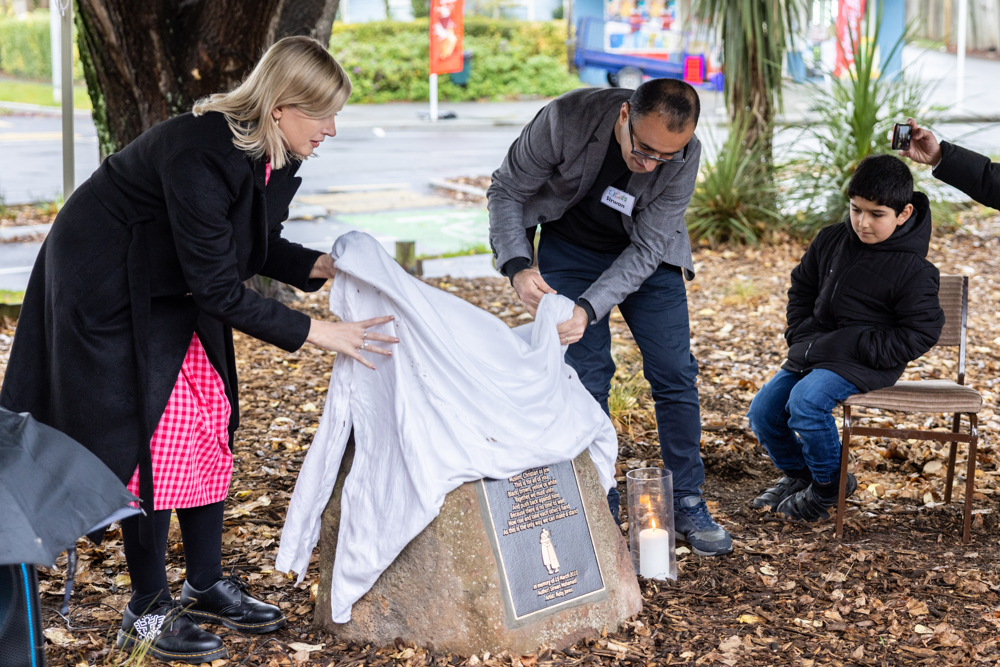 Sirwan was asked to speak at a community gathering. A team was set up to work with the brief that came out of that meeting. The idea of the poem being placed on a rock or within rocks and a garden was explored. A peace garden idea was discussed. It was decided that Harrington Park – a park with a playground, basketball court and cricket nets and used for various community events – was the place where this memorial should be placed. Following discussions and finding out possible costings, it was decided the poem would be placed on a rock which would be transported to Harrington Park. A local business, Gardenmakers, donated the rock, Decra Art Ltd donated the plaque, and City Care – a Council department – placed the rock into the position and secured the plaque onto it. Along with the poem, a piece of art by Wellington artist Ruby Jones, was incorporated into the design. An unveiling of the peace memorial rock was held in May 2022 with the Mayor and various city councillors, the local Iman of the Mosque, representatives from City Care, local businesses and residents present.

This project has become a very tangible way of standing alongside our Muslim community in their grief. Soon after unveiling, one of the widows of the mosque shooting and a Kiwi women walked together to look at this memorial rock, standing side by side as they read the poem together.

Sirwan is a trained Social Worker who has a heart to care for his own people. He has since worked to support them through being involved in the Ethnic Foodbank the Trust operates, and has recently been involved in providing food parcels to the Middle Eastern community while they have been self-isolating due to Covid. Both these services are funded by the Ministry of Social Development.

The Riccarton Peace Memorial Rock is a both a reminder of that dark day and time and to spur everyone to an united future.

A short video of the unveiling and explanation by Sirwan can be viewed below.